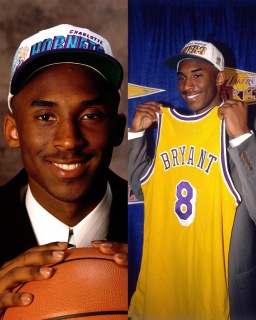 Kobe Bryant don end he 20yrs game career with 60 points in his last game,  e dey record say the club wen he play for be dey do badly for NBA game before Bryant come help dem become number1 club for the game, Bryant dey very happy say he own children go see am as he dey play for youtube, “The coolest thing is that my kids actually saw me play like I used to play, Bryant say “It was like, ‘Whoa, Dad!’ I said, ‘Yeah, I used to do that.’ They were like, ‘Really?’ I was like, ‘Dude, YouTube it”.
Bryant, bi the third-leading scorer in N.B.A. history, behind Kareem Abdul-Jabbar and Karl Malone,  he get his first 60-point game since 2009 at Madison Square Garden against the Knicks. He played 1,346 games in the regular season, and this was just his sixth with 60 points.
Bryant don make history and he make am for our own time.