Ever since Beyonce release her Lemonade every girl dey claim to be Becky wen her husband Jay-z dey cheat her with;

One former video Vixen wen don begin to write books for America wen her name Karrine ‘Superhead’ Steffans na dor sey she her self na Becky too bi cus she don play with Jay-z too and she dey proud to talk am sey na back of he car dem play the play, And she na one of Beyonce Becky bi cus she dor do her Rapper husband. 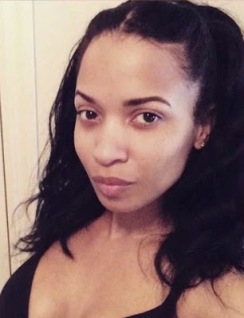 She sey “Yes, I was one of Jay Z’s Beckys back in the year 2000 for about three minutes, which is about as long it takes me to satisfy a man in the back of a Maybach while overlooking the beaches of Malibu.

I was a 21-year-old California transplant who’d been tossed into my first music video after a fateful meeting with director Hype Williams. A single mother raising my son on my own, I jumped at the chance to make $2,500 a day to dance around and look pretty next to the artist — Jay Z. He was a long-time friend of my cousin, Chuck, and after a call from him, Jay knew to keep me close, making sure I got loads of camera time. This was the beginning of my stint as a video girl, and one day Jay and I stole away for some time alone toward the end of the day.

Chauffeured away from the set, down the winding road, and closer to the shoreline, Jay and I feasted on our attraction to one another — rabidly and quickly. After just a few minutes, I lifted my head from his lap, wiped my lips, and knew we’d made a mistake. Over the next few years, I would see Jay again, as I became close with his then business partner Damon Dash. We never mentioned our Malibu melee and acted as if it never happened. My cousin Chuck would be livid.

This was pre-Yoncé, of course, but the fact is that a Becky is a Becky, and I was the Becky for many men, and they were all my salvation and my destitution. They were my reason and my rationale, my life and my death, and eventually, my fame and my infamy.

I am a comic creative box kindly be part of my small world. View all posts by Timeless Da Empress