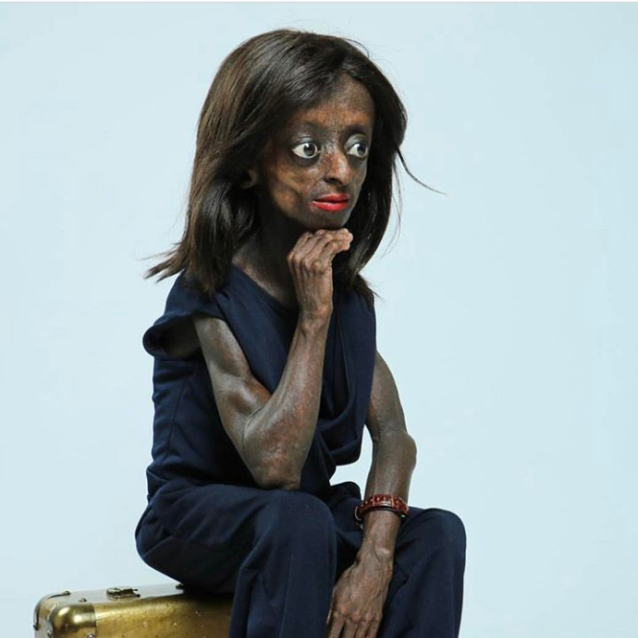 Media personality and motivational speaker Ontlametse Phalatse has passed away at the young age of 18.
Her family has released a statement on her Facebook page, saying she passed away at the Doctor George Mukhari Hospital in Pretoria on Tuesday after experiencing breathing problem, she was surrounded by her loved ones and it was a painful exit for she has put joy,laughter on peoples faces and love on peoples heart.
Winning an Instagram award which is of ‘Vibrant InstaQueen’ in her College with over 71,000 as followers. She loved and appreciated herself the way she was, she a source of encouragement to people and would crack anyone with jokes skits and open a floor for discussion, we can say she did touch lives positively with her short life.

Phalatse was one of two South African girls living with the rare genetic disorder, progeria, and was told she would only live until her fourteenth birthday but she exceed her 14th – 18th birthday.
Progeria is a rare genetic disorder that causes a child’s body to age fast and makes them look scary.
President Jacob Zuma’s spokesperson Bongani Ngqulnga says the president is heartbroken.
“The president was most touched by meeting Ontlametse last month. He considered her to be very special. He was impressed by her sharp intellect, warm personality, brilliant ideas and her determination to use her condition to motivate others so that they can achieve their goals, regardless of any challenges.”

Phalatse last month met with President Jacob Zuma for her birthday as part of her bucket list of wishes.
They met at the president’s home in Pretoria.
The president says they’ve taken a few steps in helping Phalatse and her family manage her condition.

“They don’t have a house. The foundation, working with the trust, will certainly ensure that that’s a priority and we’ve been doing so for a number of people.”