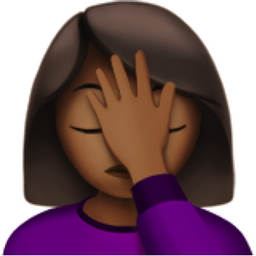 Is Money Palava! here as former Peru President Alan García is reportedly a suicidal after shooting himself when police came over his residence to arrest him over bribery and corruption allegations, hence he found an escape route at last after being denied a Political Asylum to Uruguay. 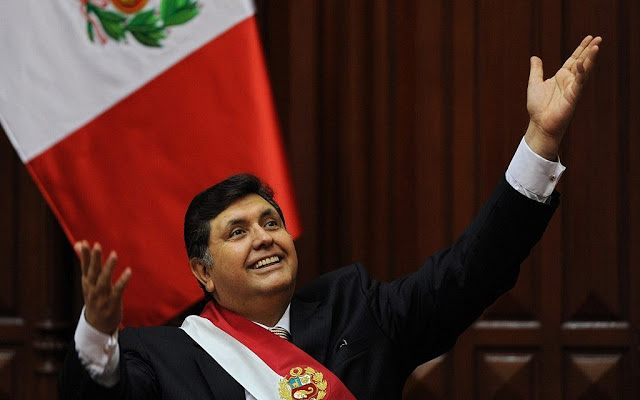 Mr García was further rushed to hospital in the capital, Lima were his death was confirmed and publicly announced by Peru current President Martín Vizcarra who might as well be a victim of same tomorrow going by the records, all former Peru Presidents seems corrupt or accused of corruption.

A crowd of supporters gathered outside the hospital building, and were held back by a line of police officers. 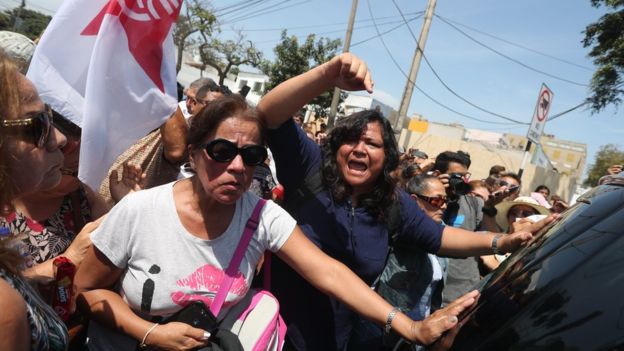 Mr García was accused of taking bribes from a Brazilian construction company Odebrecht which claims he denied saying he is victimised.

Apart from Alan García there are other former Peru’s presidents who is trailed cy corruption scandal.

Pedro Pablo Kuczynski, in office 2016-2018, resigned over a vote-buying scandal and detained last week
Ollanta Humala, in office 2011-2016, accused of taking bribes from Odebrecht to bankroll his election campaign, in pre-trial detention in Peru

Alan García, in office 2006-2011, suspected of taking kickbacks from Odebrecht, sought asylum in Uruguay’s Lima embassy but had his request denied
Alejandro Toledo, in office 2001-2006, accused of taking millions of dollars in bribes from Odebrecht, currently a fugitive in the US.
And now i’m wondering when will Nigerian Leaders in  every sector get it this hot, never mind i’m just thinking out loud kindly drop your comment down  below.
#iscomedyisrealityisnews
Fighting A CauseMoney PalavaPolitical MattersSad!Sorrows!